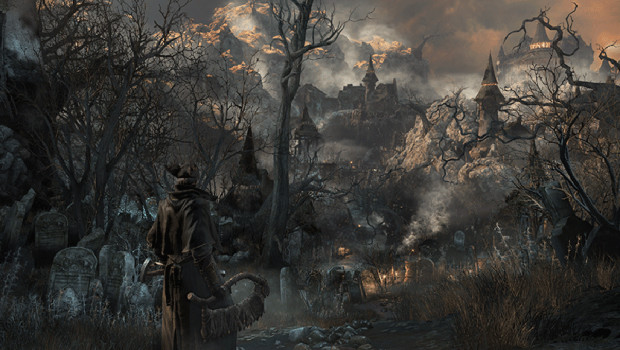 UPDATE: Sony Japan has confirmed via its website that maintenance on Bloodborne’s online servers has been completed and the game’s online functions can once again be accessed. Additionally, it announced that a new patch is now available for the game that fixes issues with NPCs. The company’s full statement can be found below:

The emergency server maintenance which occurred from yesterday (1-Dec, Tues, around 15:00) has been completed.

Also in regards to the issues like NPC survivor state not handed over properly which occurred in the previous update, we have provided a latest update (1.08) where such issues have been fixed.
We are deeply sorry to cause such inconvenience.

Still no word on what specific issues caused the company to briefly take the servers offline.

Original Story: Citing an in-game exploit and “serious issues,” Sony has announced it is briefly shutting down Bloodborne’s online servers for “emergency maintenance.”

Posting on Reddit, Tim Wernicke, Bloodborne’s lead hosting engineer, stated that fan feedback alerted Sony to problems in the game that required the shut down. “Thanks to the community here, we’ve received some really important feedback about an exploit and serious issues that exist in the game,” Wernicke writes. “The game is currently undergoing emergency maintenance, and we’re working non-stop to get some things patched and back online.” Wernicke concludes his post by saying that he can’t be more specific about what is going on, but thanks fans for their feedback.

According to an official statement on PlayStation Japan’s website, the maintenance is expected to last for several days. No end time has been given at this point.

One theory, posted by Patrick Klepek of Kotaku, points to a recent post about an “Old Hunter free DLC glitch,” which has since been removed. According to Klepek, the ability to bypass paying for a $20 DLC expansion may be why Wernicke is being so coy with details.

We will keep up with this story, posting more news as it comes. In the meantime, you can check out Gaming Trend’s review of Bloodborne: The Old Hunters here at the link.