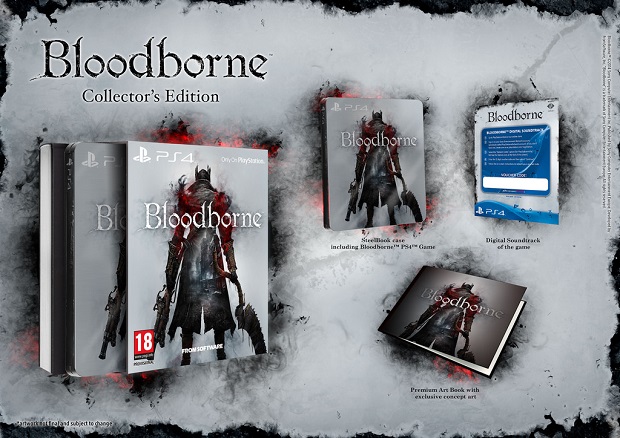 Sony has revealed both the Collector’s and Nightmare Editions of From Software’s Bloodborne.

The PlayStation Blog reveals that European fans will have the €79.99 Collector’s Edition or the €119.99 Nightmare Edition to choose from, which include the following contents:

The PlayStation Blog also confirms that depending on where you pre-order the game, you’ll receive one of either the Fedora or Bandages Messenger skins, or a “Saw Cleaver” alternate steelbook case.

Initially slated for release in February, Bloodborne has recently been pushed back to March 24th in order to integrate feedback from the game’s recently-concluded alpha.

For more on Bloodborne, check out our latest preview from PlayStation Experience.