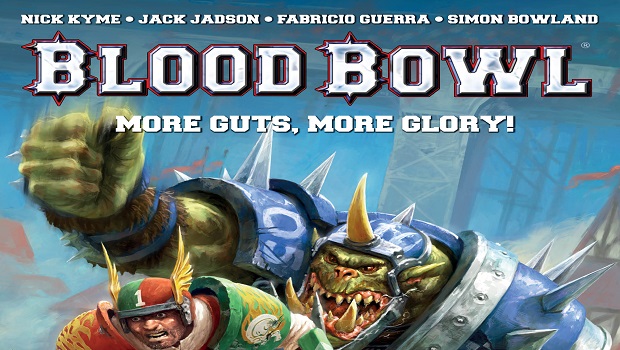 Based on the Warhammer 40,000 alternate universe, where rivalries are settled on a field of the football variety rather than the battle one, More Guts, More Glory focuses on a rag-tag team of humans. The Hochland Harbingers hope to win the Blood Bowl League, but in a world filled with aggressively burly species and chaotic conflict, it’s up to Dreng Sturmblud, a former star player who crashed to rock bottom, to help the team against its opposition.

The first issue of Blood Bowl: More Guts, More Glory will be released on May 10. Check out our review of Blood Bowl II here, and stay tuned for more comic news on Gaming Trend.