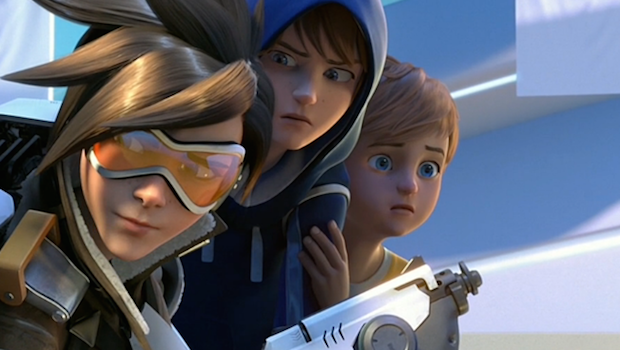 Starting off with a Pixar-esque cinematic detailing the background lore of Overwatch, audience members were introduced to a world of superheroes and oddities, protecting the world under the collective title of Overwatch.

After the charming cinematic, Blizzard also unveiled a gameplay teaser featuring characters from the game and detailing a bit more of how the game operates.

Overwatch will be a first-person-shooter with a focus on team play and objectives. It would not be unfair to draw comparisons to Valve’s Team Fortress 2; Overwatch features a stylized, cartoonish aesthetic, and each player controls one of the many heroes available, though it seems the focus will be on individual characters (similar to a MOBA game) rather than on classes. Teams will work together to take objectives and defend their own points, though further details on game modes remain to be announced.

Blizzard also announced that Overwatch would be playable at Blizzcon, and would enter beta in 2015.