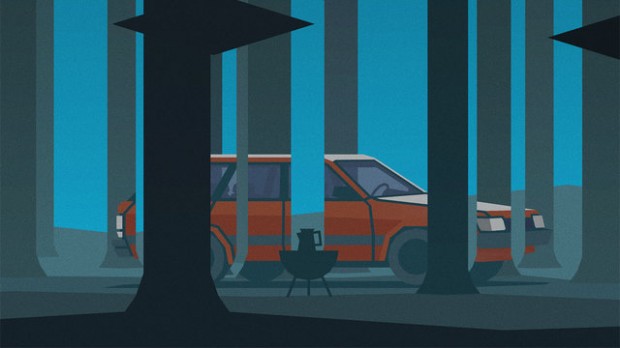 If you like indie games, bleakness, poverty, rural Kentucky, or art, you might want to head over to pick up Kentucky Route Zero while it’s on sale.  The incredible art on display above should be enough to convince you, but if not, here’s a blub from the KR0 website to talk you into it:

Kentucky Route Zero is a magical realist adventure game about a secret highway in the caves beneath Kentucky, and the mysterious folks who travel it. Gameplay is inspired by point-and-click adventure games (like the classic Monkey Island or King’s Quest series, or more recently Telltale’s Walking Dead series), but focused on characterization, atmosphere and storytelling rather than clever puzzles or challenges of skill.

David absolutely adores Kentucky Route Zero, and I was pretty impressed with the creater’s GDC talk, in which he described KR0 as “a game about mysteries instead of puzzles.”  Be sure to check it out while it’s half off!