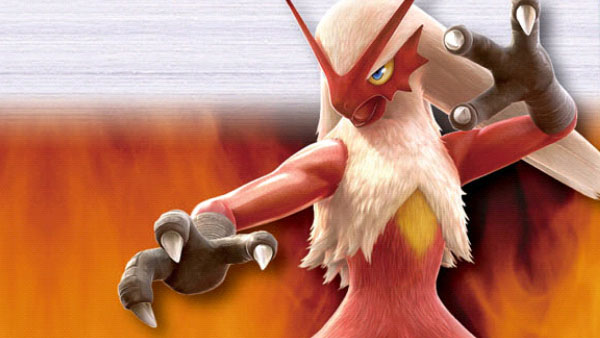 Pokken Tournament comes to Japanese arcades tomorrow, but Bandai Namco and Nintendo are already planning to release new a new fighter in August.

The Pokemon fighting game will receive an update next month that will add Blaziken to the roster of playable Pokemon. Blaziken will join the likes of Charizard and Pikachu in the arcade game, and will likely be able to utilize Mega Evolution as other applicable characters have.

Pokken Tournament is being developed by Bandai Namco’s Tekken team, and the studio has apparently been given a lot of free reign to do with the Pokemon license as it pleases. While Pokken Tournament will be playable in Japanese arcades tomorrow, July 16th, there’s still no official word on whether or not the fighter will be coming to the West.