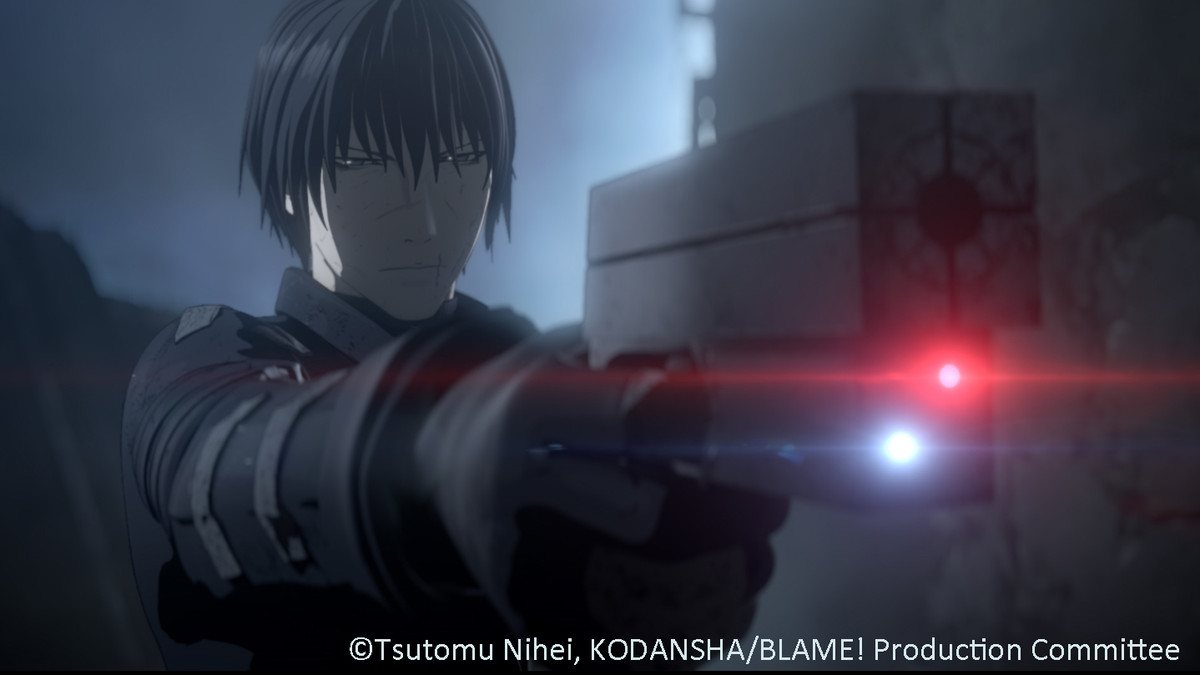 Today, Viz Media announced that it has acquired publishing rights to release the anime film BLAME! To DVD and Blu-ray next year. The physical editions of the film will also come with bonus features not seen in the original Netflix-exclusive digital release which debuted in May.

In BLAME!, an “infection” in the past has caused automated systems to spiral out of order, resulting in a multi-leveled city structure that replicates itself infinitely in all directions. Now humanity has lost access to the city’s controls, and is hunted down and purged by the defense system known as the Safeguard. In a tiny corner of the city, a little enclave known as the Electro-Fishers is facing eventual extinction, trapped between the threat of the Safeguard and dwindling food supplies. A girl named Zuru goes on a journey to find food for her village, only to inadvertently cause doom when an observation tower senses her and summons a Safeguard pack to eliminate the threat. With her companions dead and all escape routes blocked, the only thing that can save her now is the sudden arrival of Killy the Wanderer, on his quest for the Net Terminal Genes, the key to restoring order to the world.

“BLAME! blends apocalyptic action and hard science fiction with the story of man’s struggle against technology,” says Charlene Ingram, VIZ Media’s Director of Animation Marketing. “We are thrilled to add this film to VIZ Media’s home media collection and look forward to presenting BLAME! to fans this spring.”

BLAME! was originally serialized as a manga series in Kodansha’s Afternoon magazine from 1997 to 2003. It was the debut work of creator Tsutomu Nihei, who went on to win the 39th Kodansha Manga Award for his series, Knights of Sidonia. Nihei is also known for his work on the sci-fi manga series, BIOMEGA (which is published in English by VIZ Media).

BLAME! is currently available digitally through Netflix, and will be available in physical Blu-ray and DVD editions next year, which will include an art gallery and a blu-ray exclusive “Making of BLAME!” documentary. Stay tuned for more news here on Gaming Trend.