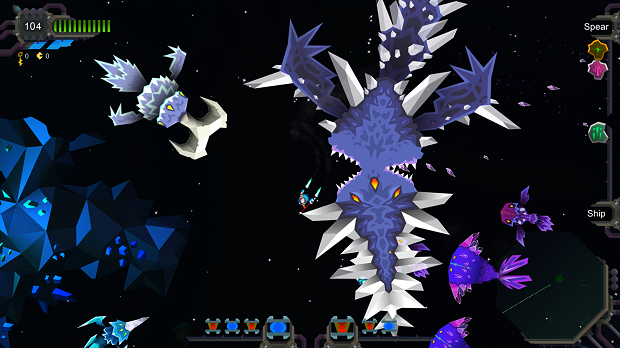 The colorful top-down shoot ’em up Blacksea Odyssey has been released through the Steam Early Access program.

In Blacksea Odyssey, you play as a huntsman in space, taking down massive monsters with your harpoon and spears as part of a competition that takes place every decade. It’s been described as a violent rogue-lite RPG.

The creators ran a successful Kickstarter campaign late last year, raising $12,300. After achieving Greenlight status and putting out demos and beta builds for their backers, they’re ready to bring the game to a larger community for feedback.