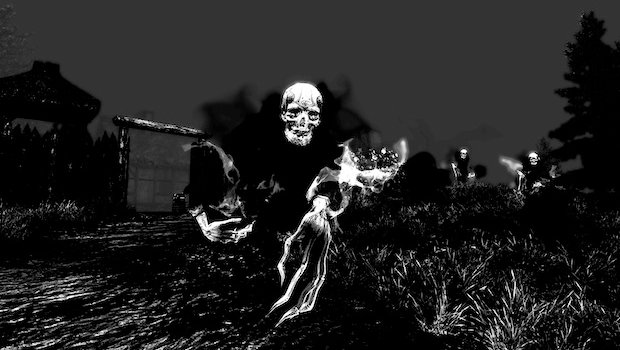 First person action-adventure game Betrayer has been released on the ever popular Steam service as an Early Access title. This one takes place in the New World during the 17th century and, judging by the above picture, has a bit of the old “horror” theme going on for it. The game “focuses on exploring, unraveling mysteries, collecting loot to spend on better weaponry, and engaging in brutal combat against deadly enemies”, all of which I have to admit are some of my favorite things, at least as far as video games are concerned – I recommend avoiding the last one in any other venue. If this intrigues you, just head on over to the Steam early access page and see if this grabs you. You color blind people, don’t worry – all indications are you won’t miss out on anything colorful in Betrayer.

For those of you interested, remember – Steam early access titles tend to give you access to /unfinished/ games. They’ll be finished eventually, of course – barring the most horrifying and legally dangerous of disasters – but still, don’t expect a completely smooth ride with an early access game.