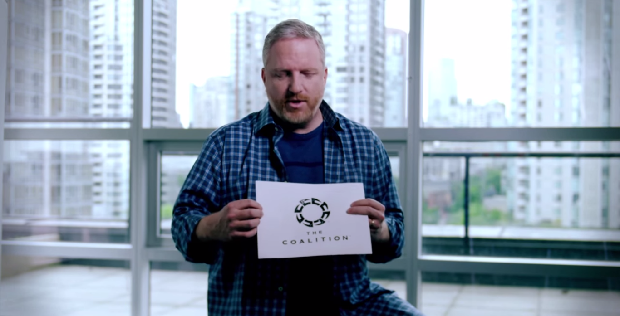 It has been announced that Black Tusk Studios is being rebranded as The Coalition, a reference to the Gears of War franchise it now develops.

News of this comes from a post on the Xbox Wire, where studio head Rod Fergusson explained the decision came about due to a desire to create an association between the studio and the Gears of War brand.

When people hear 343 Industries, they associate it with Halo; when they hear Turn 10 Studios, they know that’s who makes Forza. Moving forward, when you hear The Coalition, we want you to think of Gears of War.”

Along with the confirmation of the new name, Fergusson says that The Coalition will be showing something of the new Gears of War at E3.

Microsoft handed the Gears of War series to The Coalition (then Black Tusk) when it acquired the IP last year. Along with working on the next Gears of War game, rumors are circulating that the studio is also working on a Gears of War remaster for Xbox One.