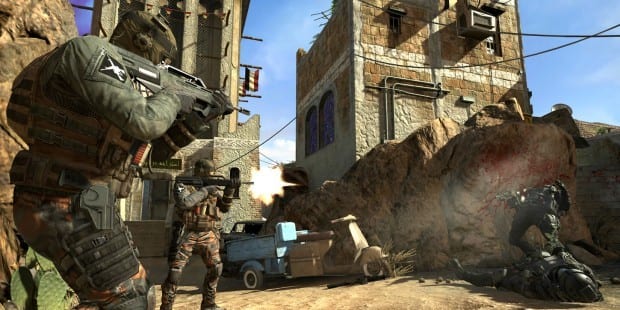 While the Call of Duty games have had an interesting single-player component, the real focus of the titles is on the multiplayer.  There hasn’t really been much released yet on the multiplayer of the upcoming Call of Duty: Black Ops II.  The best way to find out about it is by actually playing it, which you can for the first time at Gamescom 2012.  They have a solution if you can’t make it there though.

Fans around the globe can also share in the exclusive reveal. In collaboration with Xbox,Wednesday’s World Premiere will be streamed live from Gamescom directly to Xbox LIVE® online entertainment network for all Xbox LIVE members throughout Europe and in the United States and Canada. Hosted by Xbox LIVE’s Major Nelson and AceyBongos, the world reveal featuring live gameplay from the show floor will be streamed dailystarting on Wednesday 15th Aug from 6 p.m. local time (9a.m. PST/5p.m.UK) with exclusive interviews with the developers of the game. In addition to the stream on XboxLIVE, the show will also be live streamed online on Xbox.com in Europe, CallofDuty.com,Facebook.com/codblackops as well as Twitch.tv/treyarch. The World Premiere content will be available in its entirety via Xbox LIVE video-on-demand shortly after the live broadcast in participating countries. Additional broadcast outlets will be revealed at a later date.

At least you can see some actual gameplay footage as well as interviews from the developers.  Before you know it, November 13th will be here and gamers will get a new dose of Call of Duty.