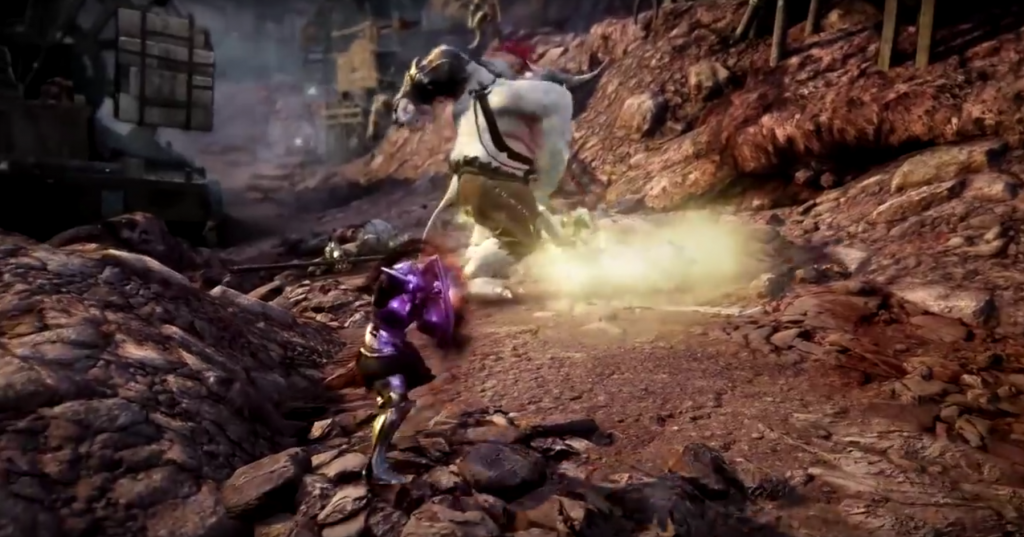 Black Desert Online has burst onto the sandbox MMO scene recently, turning a lot of heads with its downloadable – and very detailed – character creator. That move was enough to catch the interest of myself and GT’s Bryan Ertmer, and the two of us jumped into the online beta to see if the game offered anything beyond pretty avatar-sculpting. The fast impression: Black Desert Online is visually stunning even beyond the amazing character creation, with a mix of immersive action-combat in an otherwise familiar MMO experience. But we’ve got more detail, and some video highlights to go with it, right after the cut.

Protip: don’t stand where the massive ogre-beasts swing their clubs.

First and foremost, “Oh wow, that character creator is amazing!” will sum up most people’s first impressions of Black Desert Online – and it’s probably the most detailed editor available since the heyday of City of Heroes. It really is a sight to behold, allowing for customization down to the length of arms, thighs, wrists and more. The fact that it’s also available as a free download is a bold move on the part of developer Pearl Abyss, but it seems to have done its job of building interest in the game itself. The only downside to the editor – and to the character creation process in general – is that the game’s 12 classes are locked by gender and race. An odd move for a sandbox MMO, but not exactly a joy-killer.

Once I managed to pry myself away from customizing my ranger, I hopped into the game itself – and happily, the experience stayed largely positive. My admittedly short attention span for MMO storylines kicked in quickly here; I can tell you there’s some adorable black ghost-thing apparently possessing you and giving you quests. Beyond that, that’s not much that stood out to me – or at least, not enough to keep me from skipping the cutscenes as soon as possible and getting down to the business of shooting things with arrows. I have my priorities when it comes to gaming, and listening to iffy-at-best voice acting isn’t one.

Though, having played the game for a few hours, maybe my interest in getting right to the adventuring is a sign that Black Desert Online is doing something right. While there was a bit of a laggy feeling during combat (which could be beta-related), the combat and leveling experience felt sufficiently fun and open. This is an action-MMO, like so many are nowadays, so there’s a big emphasis on positioning your character, aiming your abilities and dodging enemy attacks. The combat had a solid feel to it, with controls being appropriately responsive and abilities being easy to use and understand thanks to convenient tooltip popups. The heavy character customization continues when it comes to abilities as well; the points you acquire from leveling up can be spent on a wide variety of skills per class, allowing for what looks like a decent amount of specialization.

While the character graphics are beautiful, it’s the extent of customizability where BDO really shines.

There were two noticeable downsides to the beta experience. The first – general graphical glitchiness – isn’t a big worry to me. It mars the experience, but this sort of problem is one that developers tend to be pretty adept at handling, since they’re so obvious and ephemeral. The quest system is more of a worry, if only because it suffers from the problem so many MMOs share: it’s largely the same thing we’ve seen before. Go kill 7 wolves! Collect 3 imp swords! It’s not like this is a bad system – complaining about it seems on the level of complaining that an RPG has melee classes – but for those thirsting for some revolutionary new quest system, sorry, but that’s not what this game is trying to offer.

Still, the beta experience has been an enjoyable one, offering up a fantastic character editor and some fun combat with what looks to be deep skill customization. We’ll be looking forward for the full and proper launch of this one soon.