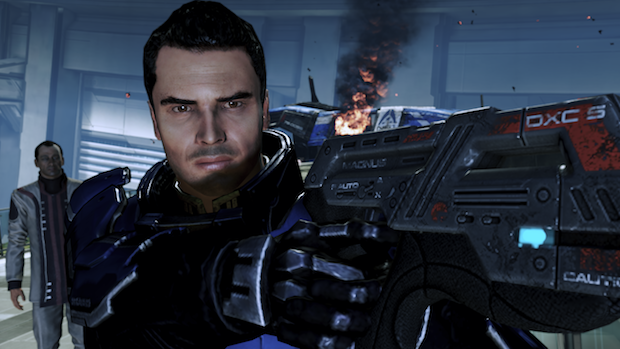 Bioware continues to tease the upcoming Mass Effect game in the form of a behind-the-scenes look at the studio’s motion capture process.

Cinematic director Ken Thain posted to Twitter an image of the studio recording motion capture for the next Mass Effect at TheCaptureLab in Vancouver.

Details on the next Mass Effect game are scarce, but it has been revealed that the game will have a multiplayer mode, and will bring back the Mako from the original game.

On N7 Day, Bioware revealed new concept art for the new Mass Effect, as well as revealed that the game will be written by Halo 4 writer Chris Schlerf.