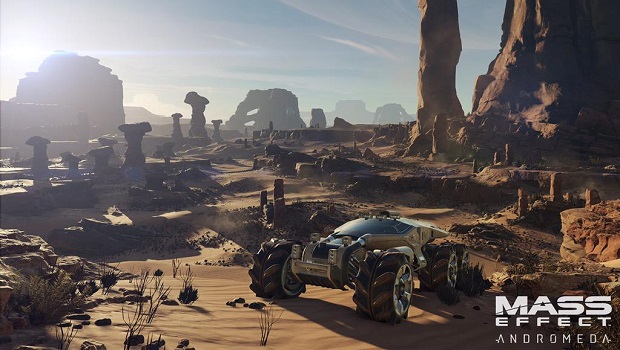 EA’s E3 press conference opened with a trailer for the next installment of the Mass Effect series called Mass Effect: Andromeda.

Andromeda will come to PC, PlayStation 4, and Xbox One during 2016’s holiday season. The trailer’s focus on exploring uncharted worlds seems in line with details about the game that were leaked through a survey earlier this year. Andromeda is the first mainline Mass Effect game to not focus on series protagonist Commander Shepard, and will be separated by space and time from the original trilogy.