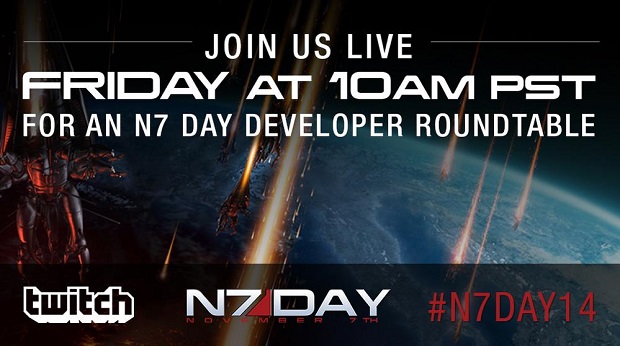 Bioware has announced that it will be holding a developer round table this week to discuss the Mass Effect franchise.

It was confirmed on Twitter that as part of the developer’s annual “N7 Day” celebration, the studio will be hosting the event on its Twitch channel. Just what this will entail is uncertain at this point, but considering Bioware revealed details about the next installment in the franchise last year on N7 Day, it’s not out of the realm of possibility that there will be more about the next Mass Effect for fans to see.

Bioware has already revealed some details about the next Mass Effect game over the past year, having shown some concept footage at E3 and announcing that it would be bringing back the Mako for the next installment.