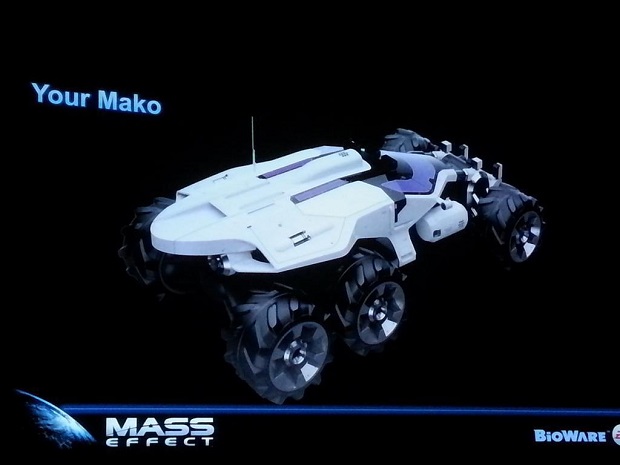 While details on the next Mass Effect are scarce, Bioware has revealed a few tidbits of information at this year’s San Diego Comic-Con.

Depending on where you felt about a certain controversial vehicle in the original Mass Effect, you might react poorly or happily to the confirmation that the Mako will be coming back in the next game. Bioware says that the return of the Mako is due to an emphasis on exploration in the next Mass Effect. The vehicle will apparently be faster than it used to be and may be customizable due to the amount of time players will spend in it throughout the game.

Bioware also reiterated that the next game’s main character will be a human that is not Commander Shepard, the protagonist of the if the first three Mass Effect games.

Bioware recently released a survey asking for fan feedback on the next Mass Effect, but it’s not the only game the studio is currently working on. While the studio recently delayed Dragon Age: Inquisition, Bioware has also released a teaser implying it will be revealing its next new IP at Gamescom.