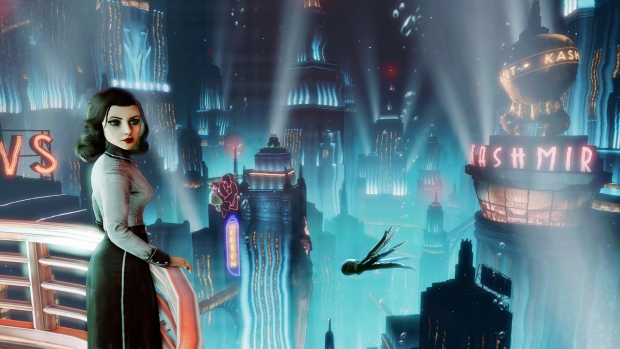 Mild controversy has been brewing for a month or so regarding Irrational Games and their future DLC plans for Bioshock Infinite. Many people purchased the season pass only to realize they will now have to wait a few months for the first DLC package to release. The reasoning behind that has been rather clear, unlike most developers, Irrational didn’t start developing their DLC until Infinite had launched. That being said, the first DLC has finally arrived and with its release, Irrational and 2K have both announced some of their future DLC plans.

Irrational Games has announced new DLC information for BioShock Infinite including BioShock Infinite: Clash in the Clouds, an action-focused downloadable content pack that presents players with a series of unique, intense challenges and a whole new gambit of combat opportunities that is available starting today. Also in development at Irrational Games, BioShock Infinite: Burial at Sea is a two-part add-on campaign featuring an all-new story for Booker and Elizabeth, set in the underwater city of Rapture before its fall.

As I’m sure it did many, Burial at Sea certainly caught my eye due to its Rapture setting. It’s going to be really interesting to see how Irrational justifies Booker having continuing adventures, especially one that takes him and Elizabeth to an all new setting. Main man Ken Levine said the following regarding the upcoming DLC:

“We are really excited to offer our fans the content that they have been asking for,” said Ken Levine, creative director of Irrational Games. “With Clash in the Clouds, people get a pure action experience that takes BioShock Infinite combat to its highest challenge and intensity level. With the Burial at Sea episodes, we are building a Rapture-based narrative experience that is almost entirely built from scratch.”

The Clash of the Clouds DLC is available now for the low price of 5 bucks while Burial at Sea will launch at $14.99 for each installment of the two part series.