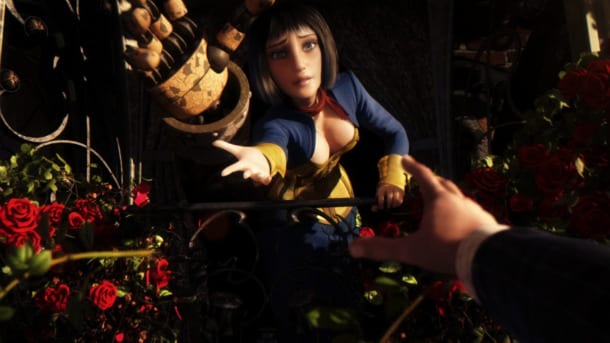 I knew it was too good to be true — a release date for the highly anticipated Bioshock Infinite was announced a few months ago, but like the ever-elusive Elizabeth, it looks like it’s just out of reach of its original February release date by about a month. Ken Levine broke the news at a recent press event where journalists were given their first true hands-on look at the game. According to Polygon:

Levine announced the delay at an event in Beverly Hills earlier this week, saying that Irrational’s recently hired executive vice president of development, Rod Fergusson — who left Epic Games this summer — identified a need for extra development time for Infinite shortly after joining the company.

I’m all for pushing things back if it means a better game. The development of the ambitious first person shooter has not been entirely smooth, with several key staff leaving mid-way through development, so any extra time to work out the kinks is great. Besides, February was a bit packed anyway. Bioshock Infinite will (hopefully) be on store shelves March 26th on Xbox 360, PC and PS3. PS3 owners can expect some exclusive bonuses: a copy of the original Bioshock, along with Playstation Move support.