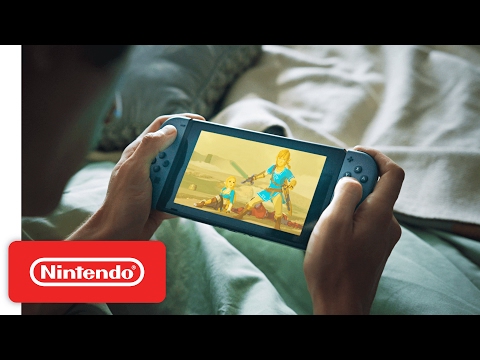 According to one of the creators of The Binding of Isaac: Afterbirth+, it is much easier to bring games over to the Nintendo Switch than to any previous Nintendo platform.

In an interview with Polygon, President of Nicalis, Inc. Tyrone Rodriguez said: “The Switch is, by far, the easiest and most programmer friendly so far.”

“These games” refers to Nicalis’s multitude of confirmed games coming to Switch, including 1001 Spikes, Cave Story, Redout, and The Binding of Isaac: Afterbirth+ (which will be a Switch launch title). In addition, Rodriguez stated that Nicalis is also working on several more games for the Switch yet to be announced.

Third-party software has been a major topic of discussion since the Switch was revealed. Nintendo’s last console, the Wii U, infamously undersold in its first year due to poor messaging, pricing, sub-par specs, and a lack of third-party support.

Though the Switch looks to be at a performance level under – and priced over – its competitors, Nintendo seems to be banking on the console’s novel hybrid concept and its proprietary IP to make up for its lack of contemporaneous parity. Hopefully, this “programmer friendly” factor will get more independent developers to bring their games to the Switch and give the console a hefty selection of games after its launch.