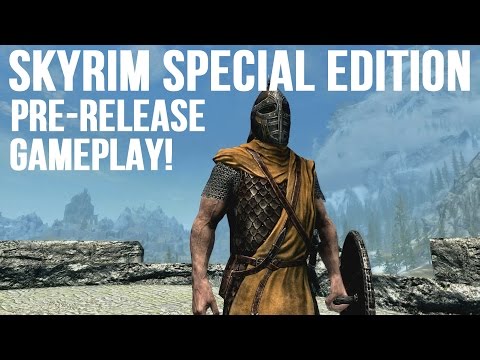 Bethesda Softworks, publisher of Skyrim, Dishonored, and DOOM, announced that it will not be providing review copies of Skyrim: Special Edition or Dishonored 2 any earlier than a day before their release.

In a blog post on the publisher’s website, Bethesda said: “we will continue our policy of sending media review copies one day before release.” id Software’s DOOM reboot, released earlier this year, was also provided to gaming news outlets and critics one day prior to its release.

While we will continue to work with media, streamers, and YouTubers to support their coverage – both before and after release – we want everyone, including those in the media, to experience our games at the same time.

Not long after Bethesda’s self-exoneration, many journalists and game industry critics voiced their thoughts on the matter. Editor-In-Chief of Kotaku Stephen Totilo criticized Bethesda for claiming to want everyone “to experience their games at the same time,” noting that the publisher had made Skyrim: Special Edition available for a YouTuber, who goes by Grohlvana, a month before its release. “YouTubers are what the so-called ‘enthusiast press’ used to be,” Totilo said. “[T]he trend toward favoring access to YouTubers has been obvious for years.” (Totilo also acknowledged that this description is an “oversimplification,” and that there are plenty of YouTubers doing “uncompromising work.”)

Bethesda is not the only publisher opting out of supplying critics with timely review codes. Earlier this month, 2K Games declined critics’ requests for early copies of Mafia III and Civilization VI. Regarding Mafia III, IGN’s Executive Editor of Reviews Dan Stapleton said: “While we strongly protest this decision [to not provide early review copies], review copies are submitted voluntarily and it is a publisher’s choice to make whether to do so.” In response to Bethesda’s blog post, Stapleton said in a tweet that “[t]here’s a war on reviews being waged by game publishers.”

There’s a war on reviews being waged by game publishers. Reviews that tell you not just which games are good, but which ones don’t work.

Bethesda’s reasoning for doing this was weak — weak beyond measure — trying to present it, desperately, as something that benefits everyone when it benefits only Bethesda. It only helps companies.

Skyrim: Special Edition comes to PS4, Xbox One and PC on October 28, and Dishonored 2 launches globally on the same platforms on November 11. Needless to say, our reviews for both games will be available some time after their release.