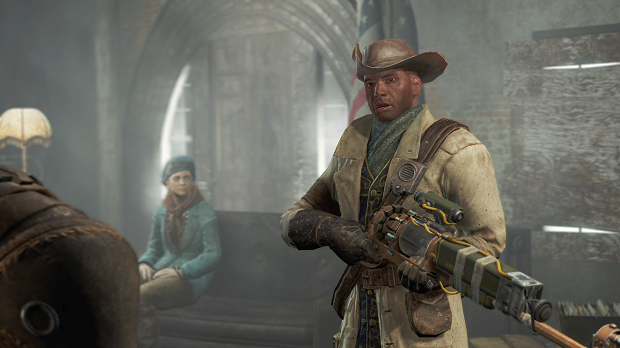 According to Bethesda, Fallout 4 was pretty much done with development by the time it was revealed earlier this year.

Speaking with GameSpot Bethesda’s Pete Hines explained that there was no time left for the studio to implement fan-requested features, as the core content of Fallout 4 has been completed, and the studio is now just ironing out bugs and glitches ahead of the games’ November launch.

“Let’s be honest, [right now] it doesn’t matter what anybody wants for a feature in Fallout 4,” Hines said. “The game is basically done. It was by and large done before we announced it, in terms of the features going in. You’re not adding new features in May, June, July in the year you’re releasing; you’re trying to get everything fixed.”

Hines went on to explain that Bethesda took feedback from previous games in the Fallout series, and even The Elder Scrolls V: Skyrim to inform Fallout 4’s development, hoping to dispel any claims that the studio was unwilling to listen to fans.

“All of that stuff is important. A good developer knows how to take all that and figure out how to address is,” Hines said. “You can do anything, you just can’t do everything. So you have to be able to prioritize and figure out what are the big wins, what are the challenges you’re going to tackle, and what are the things you just don’t have the bandwidth to take on.”

Fallout 4 is coming to PC, PlayStation 4, and Xbox One on November 10th. Bethesda has confirmed that the game won’t be coming to last-generation consoles, as the PlayStation 3 and Xbox 360 weren’t powerful enough to handle the studio’s vision.