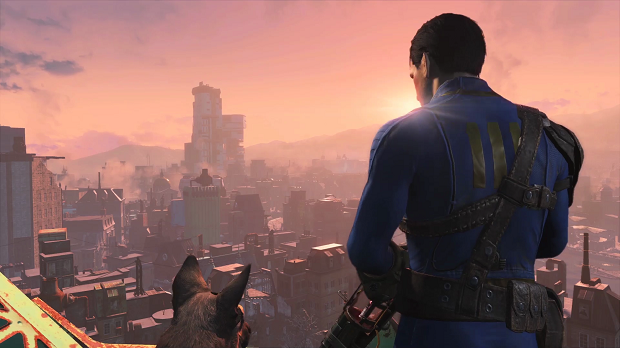 Bethesda has responded to criticism directed at Fallout 4’s visual fidelity by pointing out that creating the best looking game on the market isn’t the studio’s goal.

Speaking with GamesRadar+, Bethesda’s Pete Hines explained that when it came to making the best looking game or the one with the most interactive world, the studio was aiming for the latter, even if it meant Fallout 4 would take a hit in the graphics department.

We push it visually as much as we can, while realising that we are not making a game just for the sake of having it be the best looking game out there,” Hines explained. Hines went on to compare the game to Elder Scrolls V: Skyrim, saying that “it’s not meant to be the most stunning RPG ever. That’s not the stated goal. We want this massive interactive world, where you can talk to people, choose your own path and everything in the world has meaning and is an actual object”.

While putting less technical assets into creating a more visually impressive world, Bethesda was able to make everything in Fallout 4 something that players can interact with, pick up, or even blow up with a grenade.

Everything in the world [is] something tangible – you don’t walk into a room and see lots of stuff and it’s all fake. All the items are actual items,” he continued. “You set off a grenade in a room? It’s going to blow shit around and knock it all over the place. You have to spend cycles and stuff tracking where all of that went, and how it’s going to bounce around”.

Fallout 4 is coming to PC, PlayStation 4, and Xbox One on November 10th. When asked if a version of the game would come to last-gen consoles, Bethesda said the PlayStation 3 and Xbox 360 couldn’t keep up with the company’s vision.