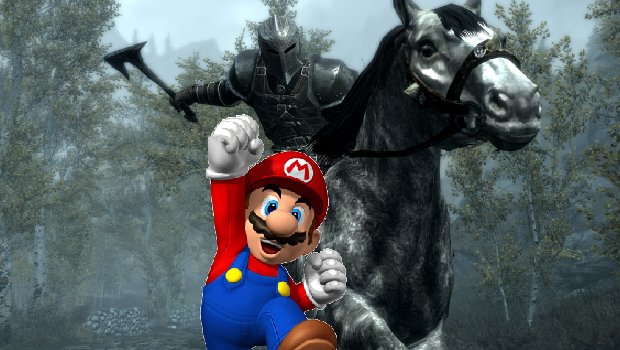 Third party news continues to be pretty negative for Nintendo’s Wii U hardware, with Bethesda being the latest company to admit that they don’t have current plans to do much of anything with the system. Joystiq reports that Bethesda’s vice president of Public Relations and Marketing – the guys who are always supposed to give the most glossy, positive descriptions of everything but their competitor’s products – states that “None of the game’s we’ve announced are being developed for the Wii U, so it’s guaranteed that none of those games are coming to Wii U.” While he said that this could change in the future, it’s clear that what would have to change first is the Wii U’s hardware sales.

It’s never a cause to celebrate when a console maker – particularly one with as long and cherished a history as Nintendo – finds itself in financial trouble, and as someone who’s been enjoying Nintendo games since the days of the original Nintendo Entertainment System, I hope they find a way to recover some success. But as it stands the bad news continues to pile on for the company, at least as far as major third party support goes. Is there anything Nintendo can do to pull itself out of its current rut? Time will tell.