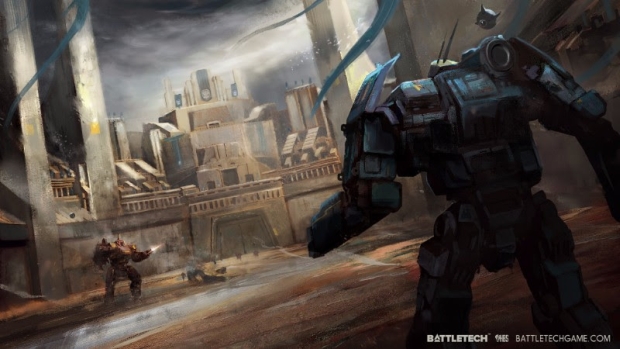 While most people might think of action games with mech battle games, but Harebrained Schemes is bringing back BattleTech with a turn-based campaign.  They have gotten plenty of funding on their Kickstarter, and they’ve announced that multiplayer PvP is going to be implemented into the game.

Harebrained Schemes has hit the final co-funding goal of its breakthrough campaign unlocking the fan-favorite PVP Multiplayer component of the game. Links to new art assets released by the company are included below along with a few campaign highlights and metrics that demonstrate the success of the campaign.

Metrics:
– The Kickstarter campaign hit its initial goal in less than an hour and raised more than $1 Million in the first 24 hours
– More than 36,000 people have backed the project so far
– The average pledge per backer is over $65 (compared to Shadowrun Returns‘ average pledge of $48)

Backer Missions have been incredibly successful at further engaging the Global BattleTech Community:
– Hundreds of people are talking about their favorite ‘Mech using #favBTmech

New Art Assets:
A new video has been added to the campaign page, recapping our Kickstarter campaign for new backers and highlighting achievements along the way.

Another video demonstrates a 3D test-scene in our Unity game engine, an important pre-production goal that allows our artists, engineers and designers to explore how our 2D concept art translates to real-time 3D and establishes a vision that everyone can understand and evaluate.

If you’re into giant robot tactical fighting, then support the BattleTech Kickstarter quick, as you have about a day left.