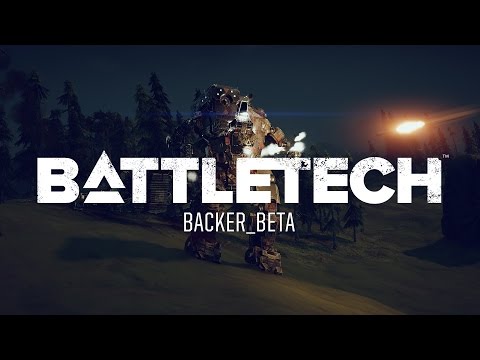 BattleTech is coming together, and project update #38 brings a whole host of awesome news. For those who are Kickstarter Backers, you’ll be happy to know that the team says that they are on track for a June 1st release of the multiplayer beta. As a primer to get us all excited, Game Director Mike McCain and Harebrained co-founder and Studio Manager Mitch Gitelman sat down for some giant stompy bot multiplayer smashy time. Enjoy the glorious combat below:

As a cool bonus, BattleTech & MechWarrior creator Jordan Weisman flew out to Sweden to unveil that Harebrained Schemes is going to be teaming up with Paradox Interactive to publish Battletech on PC. This is a good thing all around as Paradox has a great deal of publishing experience with games such as Cities: Skylines, Pillars of Eternity, and the Magica series, but also a massive host of strategy games like Stellaris, the Hearts of Iron, Crusader Kings, and Europa Universalis games.

Having a publisher will bring a whole host of advantages including additional testers (the game will still be tested by Harebrained), better localization, and an opportunity for Harebrained to focus on what they do best — making amazing games.

In addition, the game will still releaes on Steam, GOG, and Humble, will still have a DRM-free version on GOG, and all other rewards promised. This is a great thing all around.

As a nice cherry on top, the team also released a new trailer for the game, showcasing some fantastic artwork, as well as a hint about possible sequels and expansion packs. Observe:

You mentioned expansions. What’s the plan for post-launch content and DLC?
In success we hope to release full-fledged expansions to the game and intend to focus on that over small pieces of DLC.

What about sequels? Does Paradox have a say in those?
We have no agreement with Paradox to release sequels to the game at this time. If our relationship goes well, we’ll consider it in the future.

It’s an exciting time to be a BattleTech fan.  Stay tuned while we wind up to that Backer Beta.