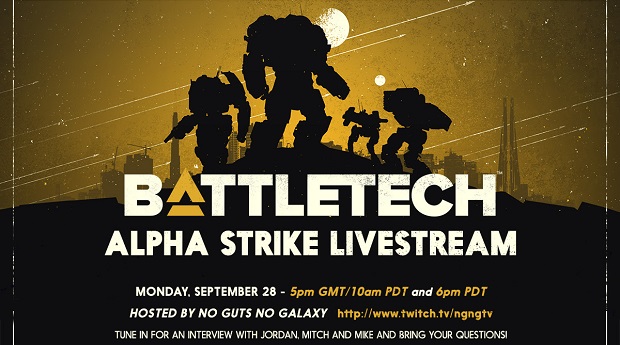 Harebrained Schemes has announced plans to stream its crowd-funded Battletech revival at the beginning of next week.

The livestream will take place on Monday, September 28th at 5pm GMT/10am PT on No Guts No Galaxy’s Twitch page.

The stream is scheduled one day before Battletech’s Kickstarter goes live on September 29th, two months after the game’s original announcement. For now, Battletech is only slated for launch on PC should it reach its funding.