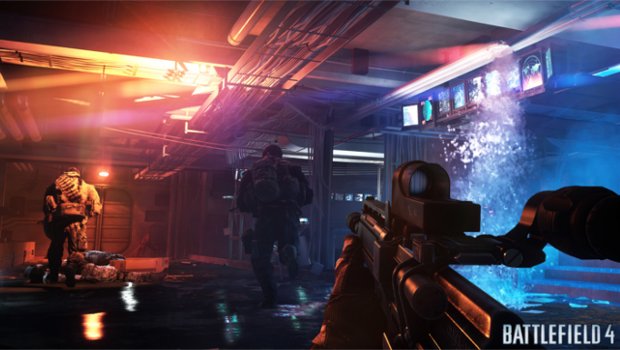 We’ve got two pieces of E3 Battlefield 4 news rolled up into one efficient post here! First of all, we’ve got a new trailer out showing off the singleplayer portion from the upcoming latest entry into the esteemed Battlefield series. The graphics look fantastic, of course, really showing off the beauty of the environmental effects in this game – so if you were wondering how the campaign was going to look in this title, well, look now further because this is a very detailed trailer. Prospective Xbox One owners will also be getting some exclusive DLC with Battlefield 4 in the form of Battlefield 4: Second Assault. Sayeth EA, “This post-launch DLC will include four fan-favorite Battlefield 3 maps re-imagined using the power of Frostbite 3.” A bit vague, but hey, exclusive maps – and Battlefield 3 had some fantastic, fun ones.

This is a five minute long trailer showing a whole lot of gameplay, which would tend to satisfy anyone really curious about whether Battlefield 4 was going to be visually impressive. The real eye-opener is the ocean combat towards the end of the trailer – my God, those waves! I’m going to prepare to be seasick when playing this game, if the multiplayer has anything like that going on at least.