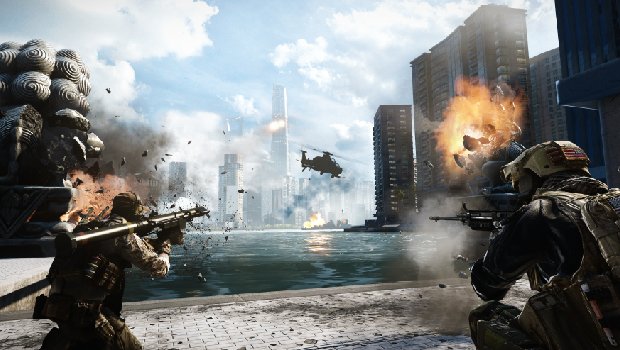 Let’s get right to the goods on this one: the Battlefield 4 Multiplayer Beta is slated to hit in early October, and it’s going to open up exclusively to Battlefield 3 Premium edition owners, Battlefield 4 Digital Deluxe pre-orderers, and Medal of Honor Warfighter Digital Deluxe / Limited Edition owners. Chances are if you’re interested in this series (as I am) you went ahead and picked up BF3 during one of the recent 5-dollar sales or Humble Bundle features, so if so you’re already in position to buy your way into this beta by all accounts, though keep in mind this is only a three-day exclusive – after which it’s just a regular open beta. Details about Battlefield 4’s premium edition have also been released, listed below – right alongside the brand new trailer coming hot on the heels of all this news. This one’s heading for an October 29th release, which isn’t all that far away – and some of these premium player offers actually look enticing.

But hey, don’t take my word for it. Look over the list yourself:

.         Transfer Battlefield 4 Premium membership from Xbox 360 to Xbox One and PlayStation 3 to PlayStation 4

Nice stuff all around, and I particularly like the transfer option for membership – though it’d be nice if it were a bit broader than ‘just to the next-generation version of the console you currently own’. And with it all comes this trailer highlighting some of the excitement Battlefield 4 has to offer. Guns and explosions, two eternally glorious things.