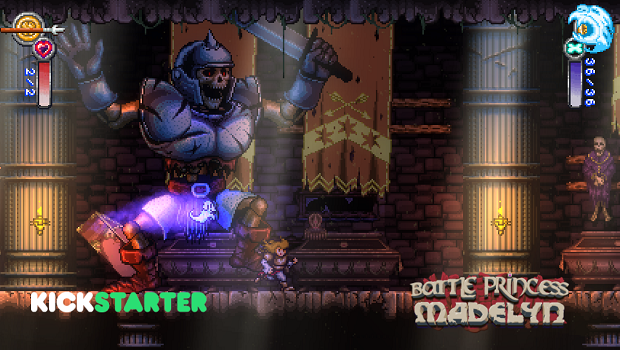 Causal Bit Games launched its Kickstarter campaign for its upcoming game Battle Princess Madelyn yesterday. The project is seeking a $60,000 funding goal, with a pre-alpha included in the Kickstarter as well as a collaboration with Limited Run Games to create physical merchandise for the game.

Set to be released on Nintendo Switch, Wii U, PC, Xbox One, and PlayStation 4, Battle Princess Madelyn is inspired by classics like Ghouls N’ Ghosts and Wonder Boy 3: The Dragon’s Trap. The game includes ten levels with up to five stages each; with a mixture of old school graphics and different gameplay styles.

“After what seems like an eternity, we’re finally ready to show the world Battle Princess Madelyn! We’ve been hard at work over the last few months refining our Pre-Alpha build in order to let our fans sample our game before they pledge on our Kickstarter,” said Creative Director at Causal Bit Games, Christopher Obritsch. “We are also pleased to reveal that we have teamed up with Limited Run Games to offer some incredible physical rewards for supporting us on our crowdfunding journey and beyond. Play our Pre-Alpha and if you like it, please support our campaign!”