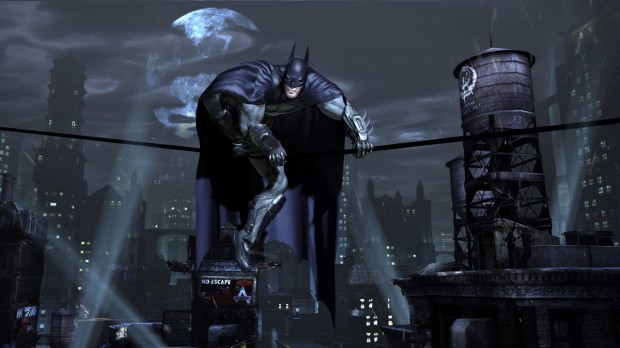 According to a press release issued today from WB Games, Batman: Arkham Origins will ship with the multiplayer mode we’ve all been waiting for.  Now, I know what you’re thinking: “It’s a Batman game, right?  How can you have three or four Batmans (Batmen?) running around?”  The answer, dear reader, is that we won’t.  According to WB Games’ press release:

The Batman: Arkham Origins Online mode offers players the chance to hunt as Batman or Robin against the most challenging opponents yet, friends and other gamers online.  Players can also take on the role of a Super-Villain Elite and get a peek behind the curtain of what it’s like to side with The Joker or Bane as they establish their legacy by taking down Batman and Robin, and anyone else who gets in their way.  Fans will even be able call in the ultimate reinforcement to help turn the tide in any match by playing as The Joker or Bane themselves.

This is pure supposition on my part, but it sounds like Arkahm Origins will be casting players as members of the roving gangs, who have to keep a lookout for the Dark Knight.  I’ve always been a fan of asymmetrical multiplayer, so I’m at least intrigued by the concept.  There’s a video, which you can find below, but  we’ll have to wait to learn all when the game launches Oct. 25, 2013.