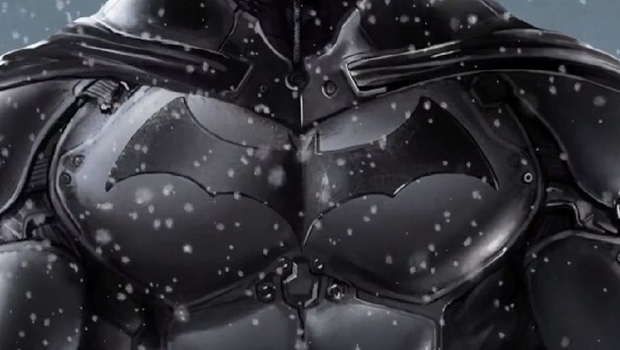 Are you ready for the teaser trailer that announces the trailer later?  Yep, it’s that time again.   Welcome to E3 coverage!  This morning, Warner Bros. and DC Entertainment released a teaser for the Q4 2013 title, Batman: Arkham Origins.  If you’ve been keeping your head down and have missed the news on this title, here’s a little nibble about the upcoming prequel title:

Batman: Arkham Origins is the next installment in the blockbuster Batman: Arkham videogame franchise.  Developed by WB Games Montréal, the game features an expanded Gotham City and introduces an original prequel storyline set several years before the events of Batman: Arkham Asylum and Batman: Arkham City, the first two critically acclaimed games of the franchise.  Taking place before the rise of Gotham City’s most dangerous criminals, the game showcases a young and unrefined Batman as he faces a defining moment in his early career as a crime fighter that sets his path to becoming the Dark Knight. As the story unfolds, players will meet many important characters for the first time and forge key relationships

An expanded Gotham?  The place was already huge!   Very much looking forward to seeing this new title in person.  It’s a prequel, so expect campy POW and BAM stuff when you punch people.  I’m just kidding – I fully expect pure awesome in a box.

Batman: Arkham Origins is releasing on the PS3, Xbox 360, PC, and Wii U this fall. We’ll have the full trailer for you when it lights up on the 20th, so stay tuned. Same Bat Time – Same Bat Channel!