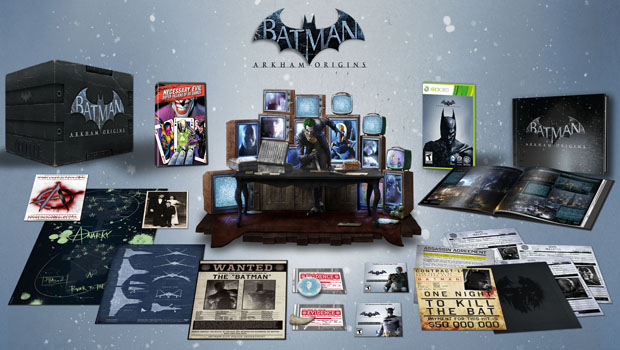 The full collectors’ edition for Batman: Arkham Origins was revealed and it is jammed pack with Batman goodies! Releasing on October 25, 2013 the collectors’ edition will be available in limited supply for Xbox 360 and PS3 consoles. The MSRP is currently set at $119.99. In addition to extensive bonus content the set includes:

Assassin’s Intel Dossier, including files on the 8 assassins, as well as Black Mask’s contract

1st Appearance Batman Skin: Look just like Batman did during his first appearance in Detective Comics #27, released in 1939.

This collectors’ edition will be available to North America, Australia and New Zealand. Grab your gear and join the fight for Gotham City on October 25, 2013!