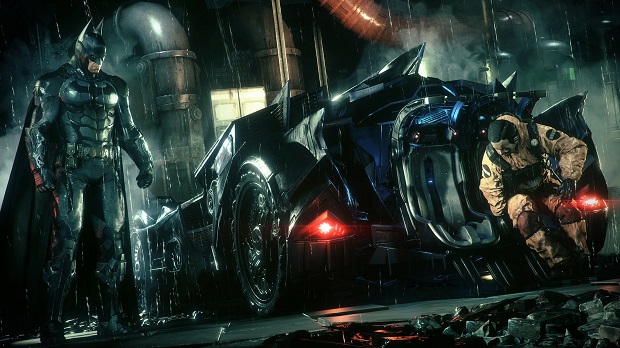 In a series first, Batman: Arkham Knight has been rated M for Mature by the ESRB.

Rocksteady has confirmed that Arkham Knight will only be available to consumers aged 17 and up without parent permission, and while this wasn’t something the studio actively attempted to achieve, it just was the result of the story the studio wanted to tell.

“From our point of view, we never wrote it or made it with a rating in mind,” says Rocksteady’s Sefton Hill told IGN. “We never did that in the previous two games… We just felt that this is the story that we really wanted to tell.”

While Hill acknowledged that this meant some players will have to miss out on the end of the Arkham trilogy, he felt toning things down so the game would be available to a wider audience would have been detrimental to Arkham Knight’s story.

“I’m not blind to the fact that [the M rating] does mean some fans will miss out… I don’t want to be oblivious to that fact. It would have been wrong to water down the game and deliver a story we didn’t believe in to keep the game ‘mass market’ or enable it for more people. We feel that’s the wrong way to go about it. We said we love the story and we don’t want to jepoardize that.”

Arkham Knight is coming to PC, PlayStation 4, and Xbox One on June 2nd. For more on Batman’s latest, check out our preview from last year’s E3.