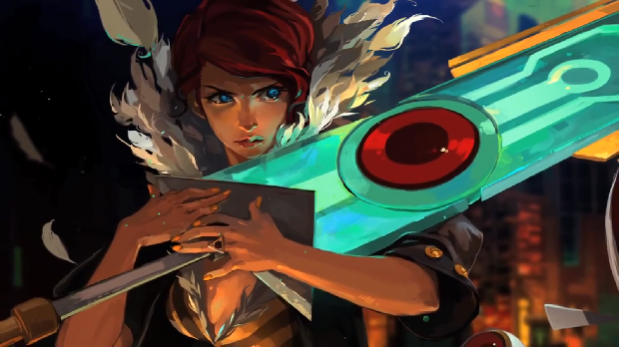 If, for some reason, you never played Bastion, you missed out on one of the best games of the last five years.  It had a few flaws, but Supergiant Games’ debut game was a masterpiece when it came to integrating story, gameplay, and music in a synthesis of wonder. As you might imagine, a lot of people have been waiting anxiously for their next title, and we finally have word on Supergiant’s next game: Transistor.

You should be sure to check out the video below, but from what I can gather the game is going to give us a very similar experience to Bastion.  The beautiful painted art style remains, the music is still fantastic, and gameplay appears to be an isometric action RPG.  Transistor looks like it will replace the Bastion’s steampunk-fantasy setting for a more digital world.  According to Supergiant themselves:

In Transistor, players assume the role of a young woman who gains control of a powerful weapon after a mysterious group of assailants nearly kills her with it. Now she must fight from street to street against forces that will stop at nothing to recover the weapon. During the course of the adventure, players will piece together the Transistor’s mysteries as they pursue its former owners.

Be sure to keep an eye out for this one if you’re heading over to PAX East.  I know I’ll be salivating over every scrap of info that comes out from now until the game’s release, which is expected in 2014.