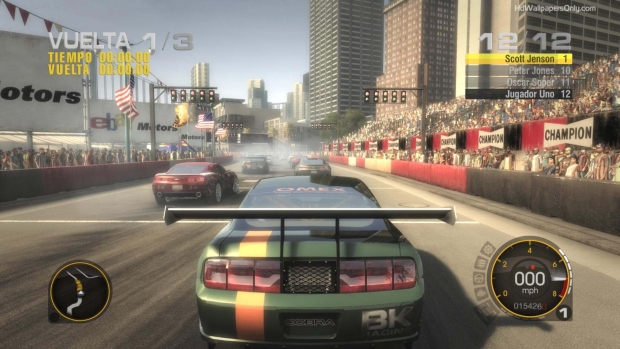 Bandai Namco announced a whole slew of previously secret titles, including GRID Autosport and Pac-Man and the Ghostly Adventures 2.

GRID Autosport is another installment in the now semi-long running franchise. It will be releasing for the Xbox 360, PS3, and PC with no newer generation versions being announced. Autosport will feature “Over 100 routes across 22 incredible locations and the world’s most authentic contemporary and classic high-performance racing cars,” according to a press release sent out by Bandai Namco.

As for the lovable Pac-Man, he will be getting another adventure to partake on once Ghostly Adventures 2 releases for the Xbox 360, PS3, Wii U, and Nintendo 3DS. In the sequel to Ghostly Adventures, playing will see a new storyline involving the trio of Pac,  Spiril, and Cylindria. According to the aforementioned press release, you “will be able to explore the lands of PacWorld far beyond the bustling streets of Pacopolis and the Netherworld through the depths of the ocean floor and into space.”

No release dates were given for these titles.