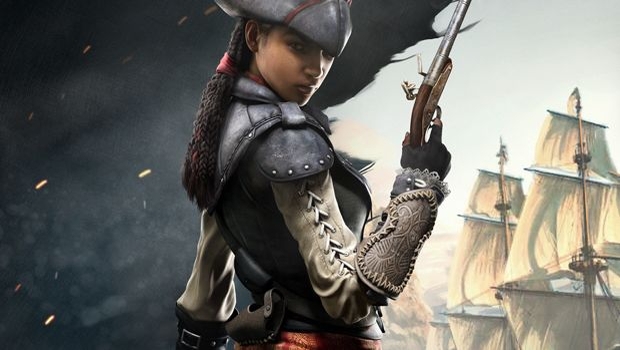 I guess it’s an Assassin’s Creed kinda day!   On the Ubisoft Blog this afternoon it was revealed that, on the PlayStation 3 and 4 there will be three missions featuring Aveline de Grandpré – the female protagonist from Assassin’s Creed III: Liberation on the PlayStation Vita.  Additionally, Jim Murray, the writer on Liberation, has returned to pen the continuation of Aveline in Black Flag.   Here’s a nibble from the blog:

Aveline’s missions in Black Flag pick up a ways after her story in Liberation ends. “It’s a ways forward so Aveline is a bit older,” Lead Writer Darby McDevitt explains. “It’s not directly related to the end of her story. If Assassin’s Creed IV is like a novel, Aveline’s missions are like a short story.” Providing about an hour of exclusive content, Aveline’s narrative is broken up into three missions, according to Game Director Ashraf Ismail.

McDevitt explained during the San Diego Comic Con panel that these missions are made possible thanks to some of Abstergo’s Animus upgrades. Abstergo Entertainment has been digging through genetic memories of the Assassin’s, supposedly in the search for a good product. “The present-day is set in Abstergo Entertainment – which is this fun, hip company to work for… at first,” McDevitt says. “You are able to access the Aveline stuff because your coworkers are working on retrieving different genetic memories from all kinds of different people.” Of course, this being Abstergo, there’s something much darker at play.

We’ve snagged the two screenshots from the game showing Aveline from the blog – you can check em out below: 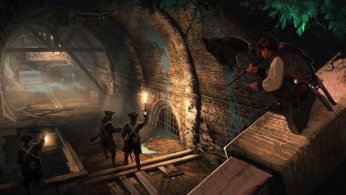 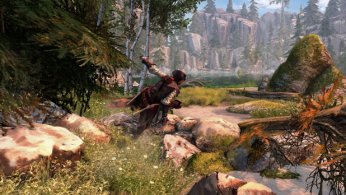