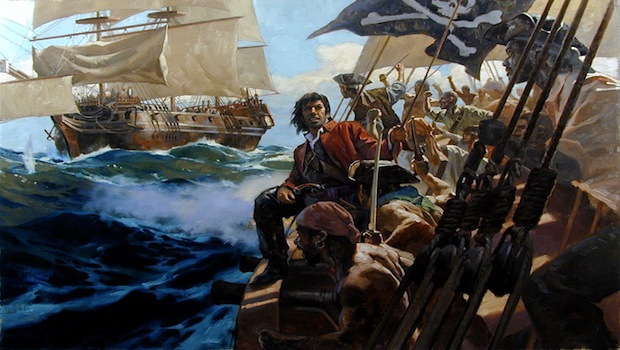 Ubisoft released a new trailer today for the upcoming sixth (don’t let the title fool you) installment of Assassin’s Creed, titled Black Flag’s True Golden Age of Pirates (try saying that five times fast with a mouth full of grog and hard-tack). The “Buccaneer Edition,” as it shall henceforth be known in my mind, has been marked for release on October 29th, 2013, and will continue in the vein of exploring downright awesome parts of history, including the Renaissance, and most recently, the American Revolution.

You’ll be swinging a cutlass and packing a flintlock Dragoon pistol just like you hoped, but what else can we expect from the swashbuckling good adventure that surely waits in store, and who will fill the enormous shoes – er, black leather boots – of the game’s protagonist? From the press release:

Assassin’s Creed IV Black Flag tells the story of Edward Kenway, a young British man with a thirst for danger and adventure, who falls from privateering for the Royal Navy into piracy as the war between the major Empires comes to an end. Edward is a fierce pirate and seasoned fighter who soon finds himself embroiled in the ancient war between Assassins and Templars. Set at the dawn of the 18th century, the game features some of the most infamous pirates in history, such as Blackbeard and Charles Vane, and takes players on a journey throughout the West Indies during a turbulent and violent period of time later to become known as the Golden Age of Pirates.

Sounds swarthy, doesn’t it? The title looks to build on the enormous popularity of the first five games, with the first coming out in 2007. All told, they’ve sold about 55 million units, all under the auspices of a very satisfied Ubisoft crew, which runs production, publication, and distribution around the world. Ubisoft Montreal is heading up the development on this one, as they have for each previous release. That team also has Watch Dogs waiting in the wings to make a big splash when it hits the scene, so check that one out as well. In the meantime, polish off those peg-legs and feast your eyes on the booty below. E-mail me an mp3 recording with your best “yar, matey!” to [email protected], and you’ll win… (drum roll) my undying respect and admiration. For more information, check out the fantastic site they’ve got set up over at assassinscreed.tumblr.com. 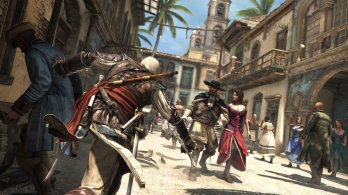 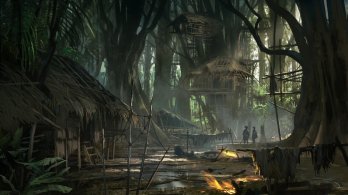 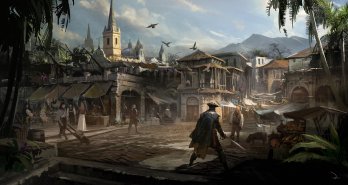 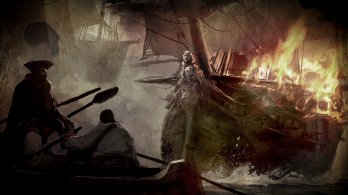