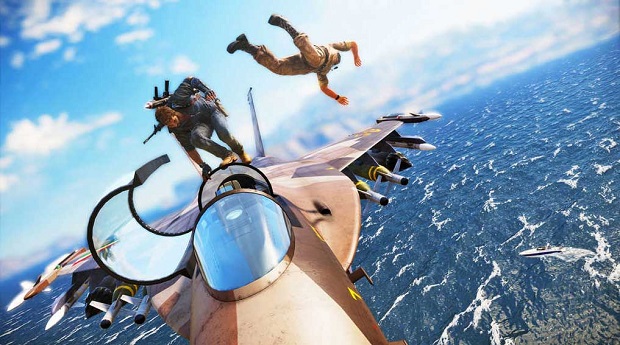 Avalanche and Square-Enix have released Just Cause 3’s first gameplay trailer after having put out nothing but screenshots and a cinematic trailer up to this point.

The first trailer (which you can view below) is full of chaotic action. This includes skydiving, parkouring off airplanes and helicopters, and on-ground vehicular combat.

Just Cause 3 was announced late last year, and will be coming to PC, PlayStation 4, and Xbox One in 2015.