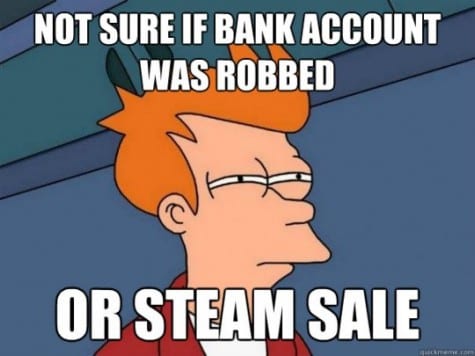 It’s that time of year again. The time when your wallet takes a pounding due to Steam’s glorious sales of games you’ll probably never get around to playing anyway. The sale dates were leaked — I say leaked because I don’t think he meant to divulge the information — in a developer diary for Secret of the Magic Crystals, an indie game by Artery Studios. In the post, Tamás Bakó details that Valve came to him to try to work out an arrangement for their upcoming holiday sales.

So there you have it. Starting tomorrow you’ll have the very real decision of either keeping that five bucks or throwing at L.A. Noire because, even though you played it on PS3 and liked it, you traded it in. You’d like to give it another shot, and it comes with all the DLC, so five dollars is a steal. Oh! And Sleeping Dogs is 66% off, and I haven’t even played that yet… Repeat this fifty times over the course of the weekend, and my girlfriend will wonder why I can’t come up with my half of the rent this month. Help me.