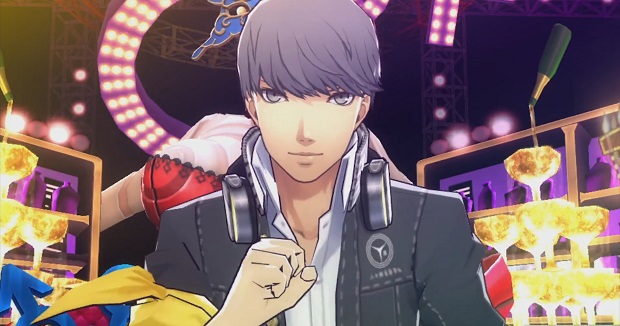 Atlus has revealed the North American collector’s edition for Persona 4: Dancing All Night.

The “Disco Fever Edition” will run fans $79.99, and include the following extra goods and content:

Two Discs Chock Full of Persona 4 Music Remixes: Hear the Persona 4: Dancing All Night soundtrack in all its glory! The two-disc CD set is full of original classics including “Pursuing My True Self,” and “Shadow World,”new song arrangements including “Heartbeat, Heartbreak” and “Your Affection,” remixes by artists including Lotus Juice, TK and Yuu Miyake, and completely new songs specifically composed for P4D!
Last Night a Vita Pouch Saved My Life: Protect your PS Vita in this custom P4D enameled pouch with a full color P4D design featuring Teddie in all his Elvis-esque jumpsuit glory on one side, and an embossed version of the P4D logo on the reverse. Not for sale in North America, the “Disco Fever” edition is the only way to get the exquisitely detailed pouch.
Costume Change: Two sets of paid DLC outfits will come with the “Disco Fever” Edition for free – Persona 3’s Gekkoukan High School uniform set, and the summer break outfit set- to dress up Chie, Kanji, Rise, Naoto, and the rest of the human (sorry, Teddie) Investigation Team! The song “Never More” is also included as a bonus playable song.
All About that Bear: Never lose your keys or whatever else again with a golden Teddie keychain. Exclusive to North America, the gold (not real gold, of course) keychain comes embossed in the visage of all of Teddie’s gloriousness, based on the belt buckle design on his P4D jumpsuit!
The Whole Package: All the items will come in a large collectible box with custom disco ball art (based on the Japanese Crazy Value Pack version of P4D)

Those who pre-order Dancing All Night (either the standard edition or the Disco Fever edition) will also receive a Vita skin and 10 wallpapers meant to match the skin. Atlus states that the skin is meant to fit on the most recent Vita model, meaning that it won’t fit the original version of the handheld.

Persona 4: Dancing All Night is coming to Vita owners in Japan on June 25th, with the North American version launching sometime in the fall. The rhythm spin-off stars the cast of Persona 4 as they dance to remixes of music from the original game.

For more on Persona, check out our thoughts on the first trailer for Persona 5.