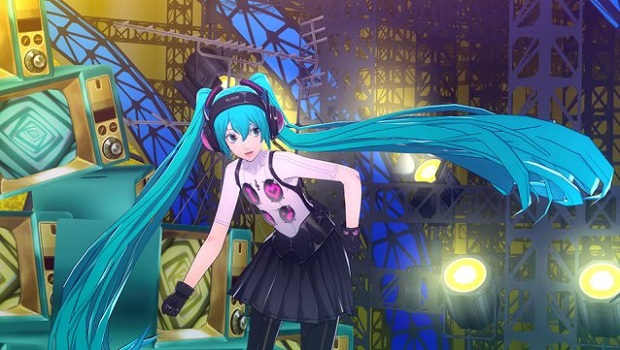 Atlus has announced that vocaloid Hatsune Miku will be a playable character in Persona 4: Dancing All Night.

Hatsune Miku will be a playable playable dancer during “Heaven feat. Hatsune Miku (ATOLS Remix),” which features her on vocals as she sings a remix of one of Persona 4’s songs. The DLC featuring Hatsune Miku and her song will be available for Japanese fans in August, but there’s currently no word on whether it will be available to American fans when Dancing All Night comes to the West.

Persona 4: Dancing All Night is coming to Vita later this year. Along with Hatsune Miku, Atlus has confirmed that Marie and Adachi will also be DLC characters at some point. For more on the rhythm spin-off, check out our thoughts on the game after E3.