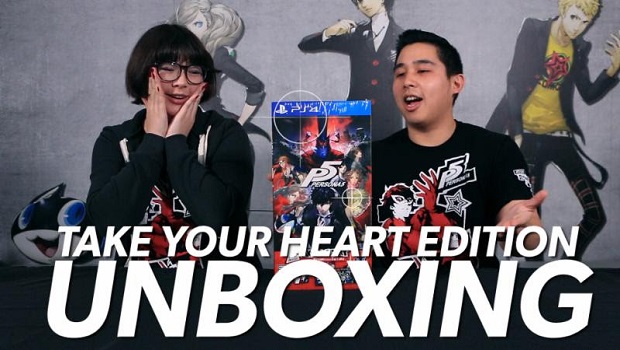 Today, Atlus released a video featuring an unboxing of the upcoming Persona 5’s “Take Your Heart” edition, which will be released alongside the steelbook launch edition and regular edition for the PlayStation 4 on April 4.

In the video, William and Lauren unbox the contents of the steelbook launch edition as well as the “Take Your Heart” edition of Persona 5, which includes a soundtrack CD, plush of character Morgana, a hardcover art book, a school bag taken from the game, and a collectible outer box.

These two versions of the game are still available for pre-order. Those who opt for the standard PlayStation 4 version of the game will receive an exclusive bonus PS4 controller skin featuring Persona 5 characters.

Persona 5 will be released on April 4 for PlayStation 4 and PlayStation 3. Stay tuned for more news on Gaming Trend.