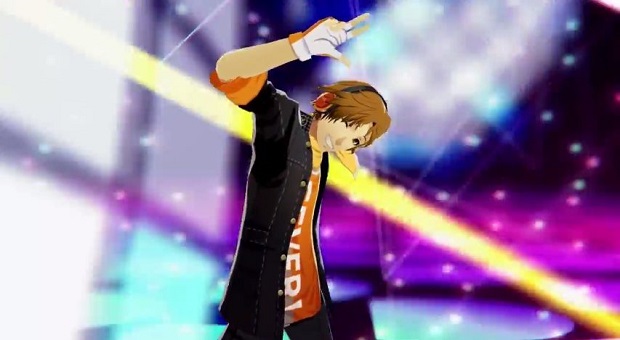 Through the game’s official blog, Wada spoke about the rhythm spin-off’s characters and modes, but also revealed that Atlus has plans to release DLC content for costumes and songs.

• There are plans for a downloadable version.

• No plans for a demo, but there are plans for an event where the game will be demoed.

• The gameplay is basically the kind where you have notes appear from the middle of the screen, and go towards one of the six areas, and you time your button or D-pad presses accordingly. Similar to other rhythm games, there are multiple presses, long holds, and “scratch” elements. The game is also compatible to touch functions. A tutorial and play demonstration video is expected to be revealed soon.

• The difficulties are Easy, Normal, Hard, and All Night. In story mode, you’ll get to make it even easier.

• Persona 4: Dancing All Night is a rhythm game with a story. It takes place several days after the very end of Persona 4 Golden.More details on that will be revealed later on.

• Each character has multiple costumes, a part that Atlus put a lot of effort into.

• There are plans for costume and song DLCs. Things will be put in motion after seeing how fans react.

• There will be a mode to look at character models.

• There’s a main dance mode called “Free Dance” that will unlock more songs as you play along.

• There are rewards for achieving full-combos for the tracks.

• Nanako plays a big role in the game’s story, and will dance, but she won’t participate in the battles we’ll see in the story.

• Persona 4: Dancing All Night will be compatible with the PlayStation TV.

Persona 4: Dancing All Night has been confirmed for North American release, and is expected to come to Vita sometime in 2015. Atlus has revealed new characters for the game as part of a recent Persona-centric live stream, as well as the game’s main theme.