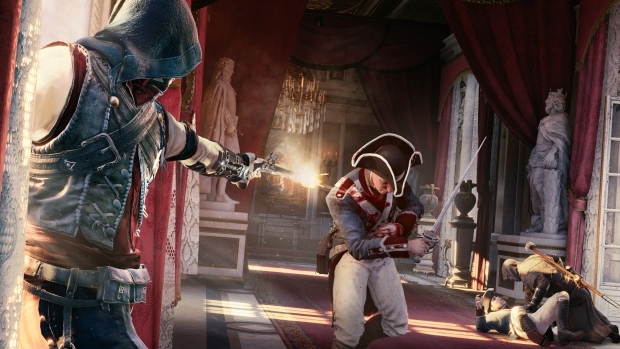 The game will follow Arno, a young man set out for revenge who gets thrown into the middle of the French Revolution.

Players can traverse a historically to scale 1789 Paris either in single-player or in multi-player co-op.  The 4-player co-op boasts “story-driven online… missions designed specifically for Assassins to play together” as well as “skills and unique gear acquired in the single-player missions.”

Assassin’s Creed Unity will be available for both PS4 and Xbox One as well as PC and launches October 28.