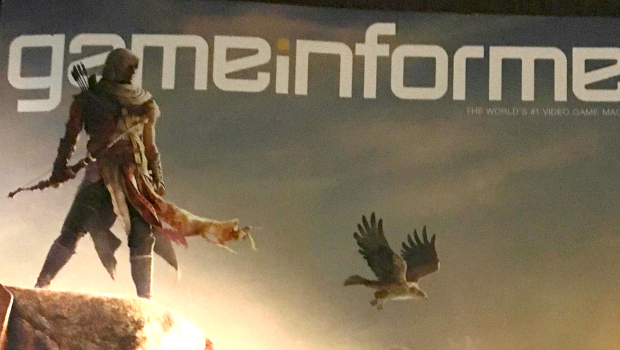 Following a long slew of leaks, Assassin’s Creed: Origins’ release date has been outed by an alleged early shipment of the next issue of Game Informer magazine. The game will be out October 27 of this year.

By the way, Ubisoft has yet to announce this game in an official capacity.

Over the past month, we’ve seen a multitude of leaks pertaining to the next Assassin’s Creed game, including images of the box art, a T-shirt revealing the game’s protagonist, and an offscreen image of gameplay. No doubt, Origins will be at Ubisoft’s E3 press conference on Monday, so it will be interesting to see how the developer chooses to ‘reveal’ the game.