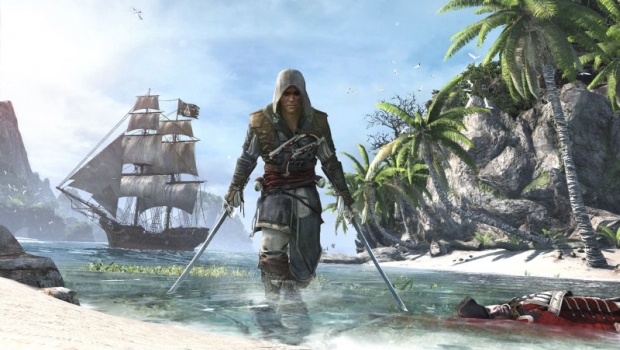 Ubisoft is set to take E3 by storm again this year, and not surprisingly it’s sailing in on the wind behind the incredible-looking Assassin’s Creed IV Black Flag. My review of ACIII called out how much we NEED an awesome naval title, and this title looks to deliver on that in spades. Today we’ve got a video that gives us a look at fiersome Captain Edward Kenway – the new Assassin serving as protagonist in ACIV Black Flag. Here’s a nibble about the video and some of the real-world history in it:

Included with the trailer is an infographic riddled with facts about the Golden Age of Pirates in the 18th century. We’ve referenced multiple sources to provide a visual introduction to the period. You’ll learn about the events that made this Age of Piracy possible, get a taste of the living conditions that might make an honest sailor turn pirate, and uncover some of the key places, people and events that you will experience in Assassin’s Creed IV Black Flag.

The game is hitting on October 29th on the PS3, XBox 360, Wii U, and PC, with a launch date on PS4 and “other next gen consoles”. being unspecified, but likely at launch.