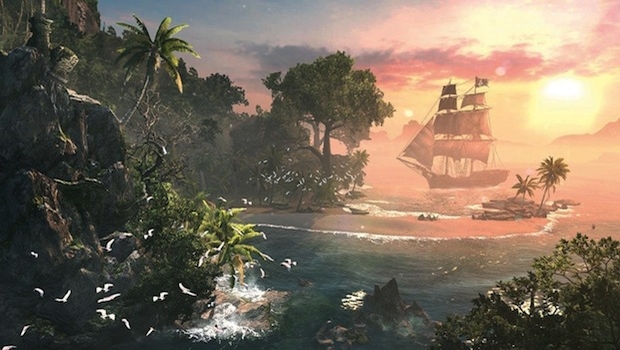 If you didn’t get a chance to head to San Diego Comic Con, you missed out on a 13 minute walkthru of a level called “Horizon” in Assassin’s Creed IV: Black Flag.  Well, today we’ve got the full video, as well as the announcement of the new graphic novel Assassin’s Creed: Brahman (we’ve got a few panels from the novel here), as well as a sneak peek at the statue being offered in the Limited Edition version of the game.  Who provided commentary for the walkthrough?  None other than lead actor portraying Edward Kenway, Matt Ryan.   Here’s a little bit about Assassin’s Creed IV: Black Flag and the panel at Comic Con:

Assassin’s Creed IV: Black Flag won our E3 2013 awards for Best Action / Adventure Game of E3 and picked up a nomination for Best Graphics of E3 2013.  You can check out our in-depth coverage from that event right here.  Look for Assassin’s Creed IV: Black Flag on Xbox 360, PlayStation 3, Wii U, and PC on October 29th, with Xbox One and PS4 following shortly thereafter.   Enjoy the video!