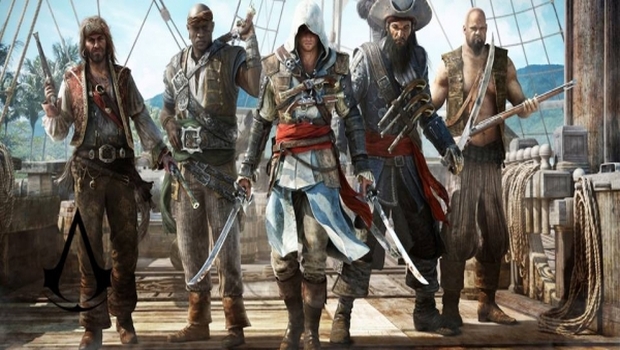 To go along with our extensive interview with Game Director Ashraf Ismail and our hands-on preview, we also have a new trailer showing off some of the incredible characters you’ll encounter in Assassin’s Creed IV Black Flag as they plan to pull a Pirate Heist.  Shady characters like Calico Jack join Kenway, Blackbeard, Charles Vane, and Anne Bonny in their hopeless bid to establish a lawless republic in The Caribbean while searching for gold and glory.   The trailer shows off the amazing work the teams at Ubisoft have put into the engine for Assassin’s Creed IV.

Experience the brash, brutal, and adventurous life of pirates in Assassins Creed IV Black Flag. Take part in the incredible story of Captain Edward Kenway, a pirate trained by assassins, and establish a lawless republic in The Caribbean while searching for gold and glory with the help of history’s most infamous pirates including Blackbeard, Charles Vane, Calico Jack and Anne Bonny.