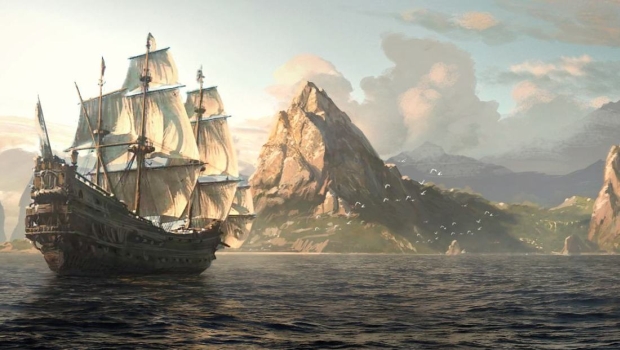 You may have noticed (and I’m not sure how you’d miss it) that we’ve got a review up for Assassin’s Creed IV Black Flag.  Well, it’s official – after a long wait and much anticipation, the game is officially released on Xbox 360, PlayStation 3 and Wii U.   The game is just around the corner for PlayStation 4, PC, and Xbox One too, hitting November 15th, November 19th and November 22nd, respectively.  You can check out my review (with video) right here, but here’s a little from Ubisoft themselves about the game and its setting:

Assassin’s Creed IV Black Flag tells the story of Edward Kenway, who falls from privateering for the Royal Navy into piracy as the war between the major empires comes to an end. Edward is a fierce pirate and a seasoned fighter who soon finds himself embroiled in the ancient war between Assassins and Templars. Set at the dawn of the 18th century, the game features some of the most infamous pirates in history, such as Blackbeard and Charles Vane, and takes players on a journey throughout the West Indies during a turbulent and violent period of time that becomes known as the Golden Age of Pirates.

I didn’t talk a whole lot about the multiplayer in my review, but let me state it right here – it’s a blast.  The new Wolfpack mode lets people warm up to the multiplayer without throwing them in the deep end of the pool, and the overall polish of the entire game has been raised significantly.  With the current gen getting you the next gen version for only 10 bucks, there is no reason you can’t set sail sooner rather than later.  Drink up me hearties, yo ho!