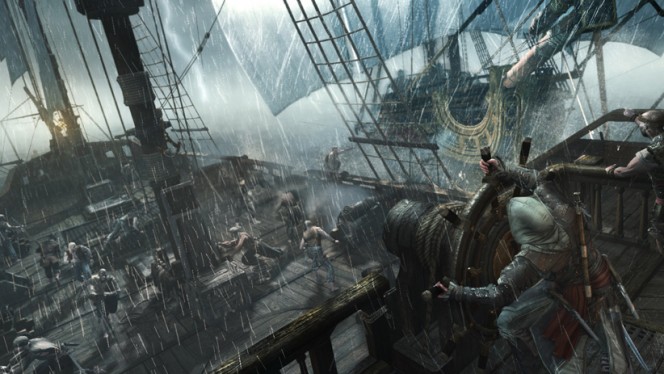 Every time I see this game in motion, I can’t help but get excited to get my hands on it.  This morning we have a walkthrough for Assassin’s Creed IV Black Flag, showing off the siege and raiding of a seaport.  The trailer commentary is provided by Game Director Ashraf Ismail.   David Roberts is going to go hands-on with the game next week (lucky!) at PAX Prime, so we’ll have some more detailed information soon, but in the mean time, here’s a bit about the game:

I wonder if the team put the same detail into the game that they did with the previous titles; specifically, are your assassination targets real people that died on the day you killed them in game?  Assassin’s Creed IV Black Flag will release on PlayStation 4, Xbox One, PC, Xbox 360, PS3, and Wii U.   Look for the current-gen systems on October 29th, and the next-gen platforms shortly thereafter.